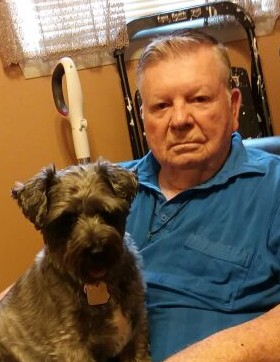 Ted was born May 20, 1935 in West Virginia to William and Bernice {Barrett} Stone.

He married Sylvia Stafford on December 8, 1951.

Ted retired from LTV Steel in 1986, after 30 years of service. He loved watching car races, building and fixing things and his dog penny.

Ted was preceded in death by his wife Sylvia, son-in-law Phil Rutti; brother Jerry (Barb); sisters Ivy Trent (Arnold, deceased) and Sue Wheeler. The family will be honoring his wishes not to have a funeral or memorial service. Roberts Funeral Home-Hillcrest Chapel, Seville is assisting the family. Online tributes may be made at www.RobertsFuneralHome.com.

To order memorial trees or send flowers to the family in memory of Ted Stone, please visit our flower store.