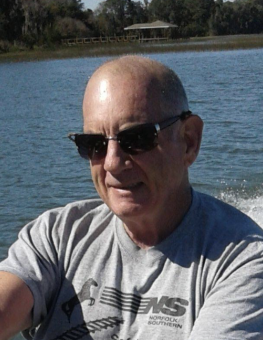 Friends may call Tuesday from 10 to 11 a.m. at Roberts Funeral Home-Sherwood Chapel, Wooster.  Services will follow at 11a.m. at the funeral home with Pastor Jim Cooper officiating.  Burial will be at Sherwood Memorial Gardens.   Online tributes may be made at www.RobertsFuneralHome.com.

Terry was born January 30, 1953 in Wooster to Joseph and Anna Lee {Cowan} Myatt.

He graduated from Wooster High School.

Terry retired from Norfolk Southern Railroad after 10 years and before that he worked at College of Wooster for 17 years.  He was a member of United Methodist Church in Wooster. Terry enjoyed collecting vehicles and tinkering on the farm.  He most loved working with his two sons.

Terry will be deeply missed by his wife of 43 years; children Tim (JoAnna Barker) Myatt of Wooster and Scot Myatt of Shreve; sister Joann Houser of Florida; special friend Denny Lorincz of Wadsworth.

Terry was preceded in death by his parents.

To order memorial trees or send flowers to the family in memory of Terry Myatt, please visit our flower store.