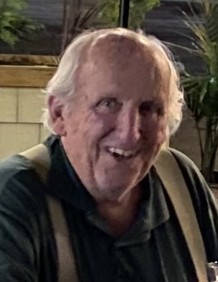 Roberts Funeral Home-Sherwood Chapel, Wooster. A private family service will be held at a later date. Online tributes may be made at www.RobertsFuneralHome.com.

Terry was born December 23, 1950 in Euclid to Byron and Roselyn {Kelly} Schenck.

He graduated with a Bachelors Degree in Economics from Ohio Northern and then a Masters in Fine Arts from Bowling Green University.

Terry owned Dutch Flat Construction and served the Wayne County Area for over 40 years. He enjoyed spending time and working outdoors, fishing, golfing with his son, and spending time with friends and family at his favorite restaurant CW Burgersteins.

To order memorial trees or send flowers to the family in memory of Terry Schenck, please visit our flower store.