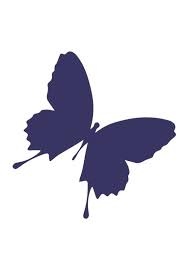 Services will be held Monday, August 29, 2022 at 2:45pm at Ohio Western Reserve National Cemetery, where military rites will be held.  Online tributes may be made at www.RobertsFuneralHome.com.   Memorial contributions may be made to Ohios LifeCare Hospice 1900 Akron Rd, Wooster OH 44691.

Duffy proudly served in the United States Army during the Vietnam War. He also served in the Ohio National Guard as well as the Army Reserves which he retired out as a colonel. Duffy enjoyed taking care of the animal, doing projects around the farm, and spending time with his family.

Duffy worked as a project engineer for Sodexho Corp before retiring in 2010. Duffy was a member of Wooster Church of the Nazarene. He also was a member of the 555th Honors Detachment, the 255 Vietnam vets, and the Shreve American Legion.

Duffy will be deeply missed by his wife Carla; children Clifford (Mary) Whitenburg, Annette (Frank) Pertz, Becky Niemic, Sandy (John) Johnson, Leslie Klaus, and Daniel (Tawnie) Wright; many grandchildren; and many great-grandchildren. Duffy never met a stranger and made friends with everyone.

Duffy was preceded in death by his parents and son Robert Wright.

To order memorial trees or send flowers to the family in memory of Vivan F. "Duffy" Duffy, please visit our flower store.