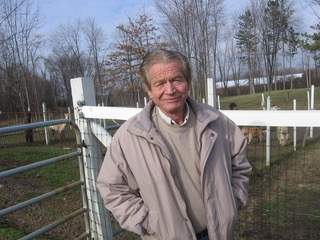 With joy in his heart and free from pain, Wilbur Benner departed this life surrounded by those he loved. He left mortality on Friday, November 15, 2019 at the age of 82. We think that he did it on purpose to avoid having to make a decision in the looming 2020 presidential election and endure another season of fumbles by the Cleveland Browns. Dad leaves behind three children LeAnn Benner, Beth Ann (Peter Colosimo) Benner, Dean (Lisa) Benner; grandchildren Raffaele Mario (Janna) Colosimo, Teresa Christina (Brian) Stefanski, Peter Andrew Colosimo, Brooke Nicole (Bryan Derr) Benner, Breanne Rae Benner; great-grandchild Silvanus Colosimo, and a variety of assorted auto parts. He enjoyed watching the Cleveland Indians, the winning NBA Champion Cavaliers, and listening to music. Dad was born on the farm on April 27, 1937 to Irwin and Edna {Strahm} Benner.  At the age of 19, he married the love of his life, Ruby Benner, and they remained in marital bliss until she went home to Heaven in December of 2011. With the help of his Family, Dad bought land on the Old Lincoln Highway and started a family business.

Following the family wishes, there will be a private service at Roberts Funeral Home- Sherwood Chapel, Wooster, but well-wishers are encouraged to have a drink in Dad’s honor.

Dad was never one for sentiment, but he wanted you to know that if he owes you a coffee, and if you find him in Heaven, he will gladly allow you to buy him another.

He assures us that he is gone in the following sentiment, and Dad will be greatly missed.

"It is difficult for me to admit it, but apparently, I have passed away. Everyone told me it would happen one day, but that’s simply not something I wanted to hear, much less experience. Once again, I didn’t get things my way? That’s been the story of my life."

Memorial contributions can be made to the charity of your choice.

To order memorial trees or send flowers to the family in memory of Wilbur Benner, please visit our flower store.