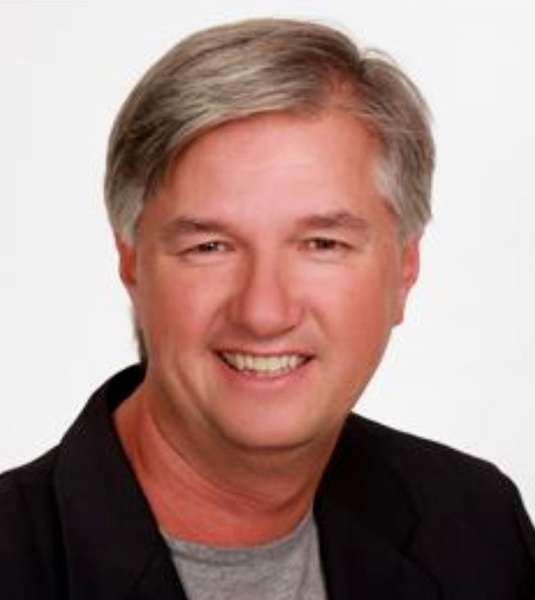 Scott was born October 11, 1957, in Toledo, Ohio to Edwin and Anna Mae Johnson. He was a lifelong Buckeye and received a business degree from The Ohio State University. He went on to lead a successful career in the tech industry, eventually partnering with his wife to found their own company, Blue City Studios, where he spent every day doing what he loved whilst sipping a perpetual flow of Starbucks lattes.

Scott married the love of his life, Peggy Hulit, on May 23, 1980, with whom he was happily married for 42 years. Together they raised two beautiful daughters, Beth (Luke) Brettingham and Emmy Johnson, and doted over their two beloved grandchildren, Bernadette and Miles Brettingham.

Scott was a Buckeye fanatic and enjoyed many a Saturday morning gearing up for football games by blasting the tunes of the Ohio State marching band, A.K.A., The Best Damn Band in the Land. Every year he looked forward to combining two of his favorite activities, golfing and spending time with family at the EJ Open, the annual family golf tournament honoring his father, which, after 19 years, he finally won. A lover of pizza, donuts, and pancakes, he filled his life with the most delicious, if not nutritious, treats. He was an avid fan of the classics, both in motion picture and music, spending his evenings chuckling at black and white horror movies and The Three Stooges, or singing along to his favorite Beatles songs, his taste never straying beyond the sixties and seventies. He was a man of strong faith and an active member of Wooster Nazarene Church—spend an hour with him and you would be, too.

He will be deeply missed by his extensive family, including his sisters, Sharon Feeley, Carole (Rich) Harris, and Lynnie (Tom) Heinemann, brothers, Rick (Esther) Johnson and Jeff Johnson, and sister-in-laws, Holly Ross and Kay Anderson. He was a father figure to many, especially his nephews, Corey, Jeremy, and Josh Anderson, who have picked up the reins of Blue City Studios. He was preceded by his parents, brother-in-law, Pat Feeley, and niece, Erin Ross.

Friends may call Friday from 10 to 12 p.m. at Wooster Nazarene Church. Services will follow at noon at the church with Pastor Nathan Ward officiating, scarlet and gray attire requested. Online tributes may be made at www.RobertsFuneralHome.com. In lieu of flowers, memorial contributions may be made to Ohio State Richard M. Ross Heart Hospital at https://wexnermedical.osu.edu/ways-to-give, or Wooster Nazarene Church, 3100 Oak Hill Rd., Wooster, OH 44691.

To order memorial trees or send flowers to the family in memory of William Scott Johnson, please visit our flower store.