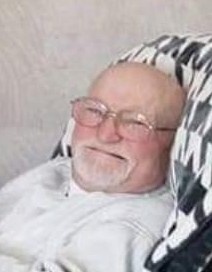 Bill was born December 29, 1936 in Martins Ferry, Ohio to Russell and Effie Bess.

He served in the U.S. Navy during the Korean War.

Bill retired from Abott Labs as a press operator and he also worked at Myers as a security guard. He was also a pastor at Church of Christ in Christian Union of Wellington, Ohio.  Bill was a member of Victory Baptist Church. Bill enjoyed fishing.

Bill will be deeply missed by his wife of 11 years; children Pat (Joe) Estepp of Shelby, William Bess Jr. of Wooster, and Michelle Bess of Ohio; 13 grandchildren; 12 great-grandchildren.

Graveside services will be Monday at 2 p.m. at Roberts Funeral Home-Ashland Chapel.  Burial will be at Ashland County Memorial Park, where military rites will be held.   Online tributes may be made at www.RobertsFuneralHome.com.   Memorial contributions may be made to Alzheimer’s Association at 408 Ninth Street SW, Canton OH 44707.

To order memorial trees or send flowers to the family in memory of William "Bill" Bess Sr., please visit our flower store.