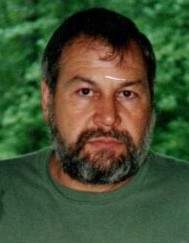 William Leonard "Bill" Miles of Shreve, Ohio, passed away peacefully in his home with loved ones by his side on Saturday, January 29, 2022. In the last weeks of Bill's life he received Jesus Christ as his personal Lord and Savior and is now resting with him for eternity.

Bill was born June 15, 1949 in Birch River, West Virginia, to the late Doyle and Myrtle (Milam) Miles. He was a Vietnam War Army veteran and retired from Akron Brass in Wooster, Ohio.

Bill loved the outdoors. Fishing, hunting, and gardening were his favorite pastimes. The grandchildren will miss planting potatoes with Papaw.  Money and material possessions were not important to him, but family was.  He had the birthdays and ages of his children and all his grandchildren memorized and he never forgot one birthday.

Preceding him in death were his parents, as well as two sisters Nina Rose and Naomi Sipple, and two brothers Doyle "Rich" Miles and Okey E. Miles.

In keeping with Bill's wishes, there will be no calling hours or public service. Bill will be buried at Sherwood Memorial Gardens, Wooster, Ohio, with military honors. A memorial service for family and friends will be held at a later date.

Online tributes may be made at www.robertsfuneralhome.com

To order memorial trees or send flowers to the family in memory of William "Bill" Miles, please visit our flower store.